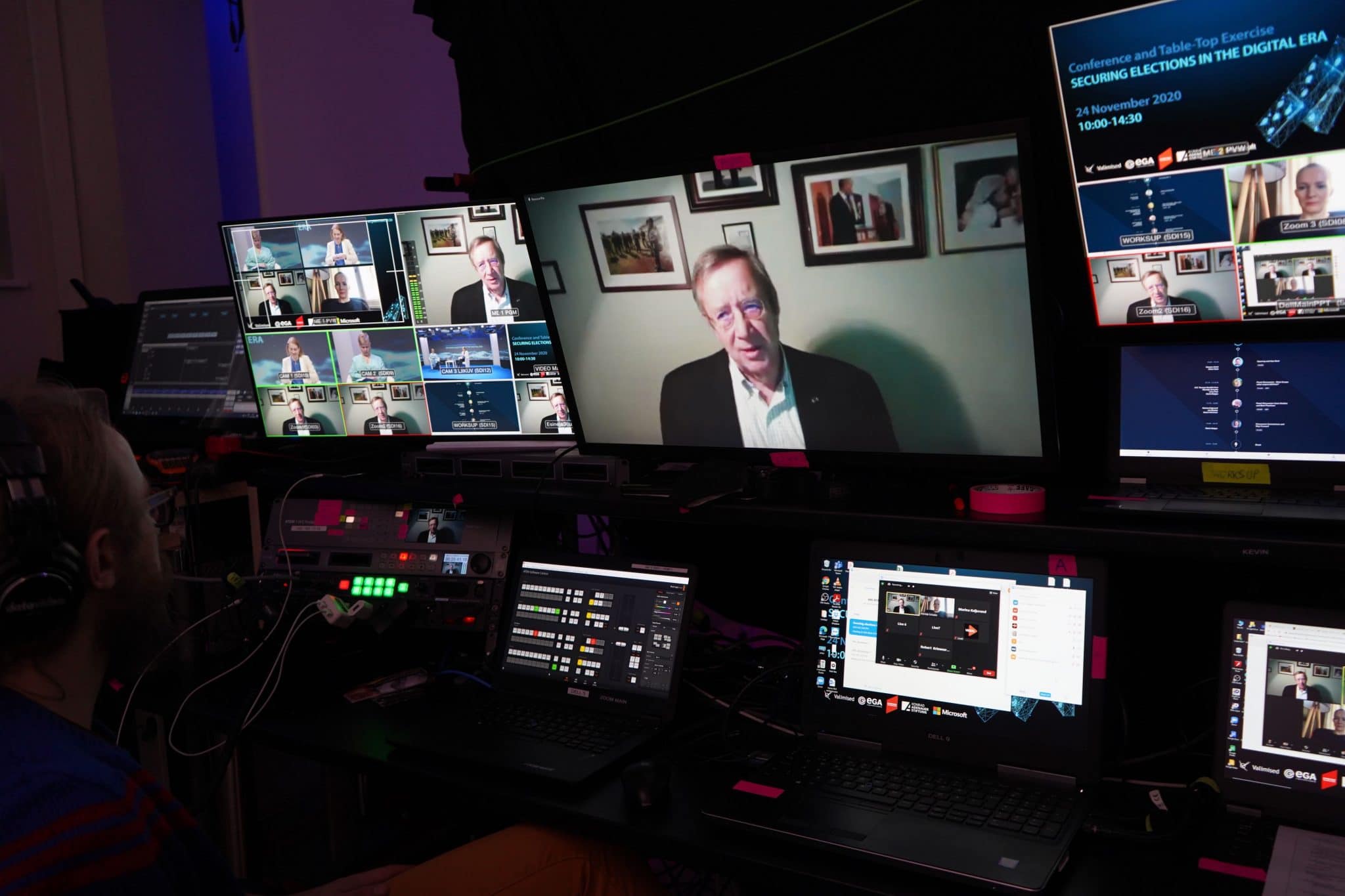 Toomas Hendrik Ilves: There is no need to use paper ballots in the digital era

In the panel discussion at the Conference and Table-Top Exercise “Securing elections in digital era”, Toomas Hendrik Ilves, the Former President of Estonia, highlighted the need to trust and use technology more in conducting elections in the digital era.

„To conduct secure elections, we should turn our focus to two-factor authentification, end-to-end encryption, and to the use of distributed ledgers for data integrity. All these methods are availible – there is no need to use paper ballots in the digital era,“ said Toomas Hendrik Ilves. 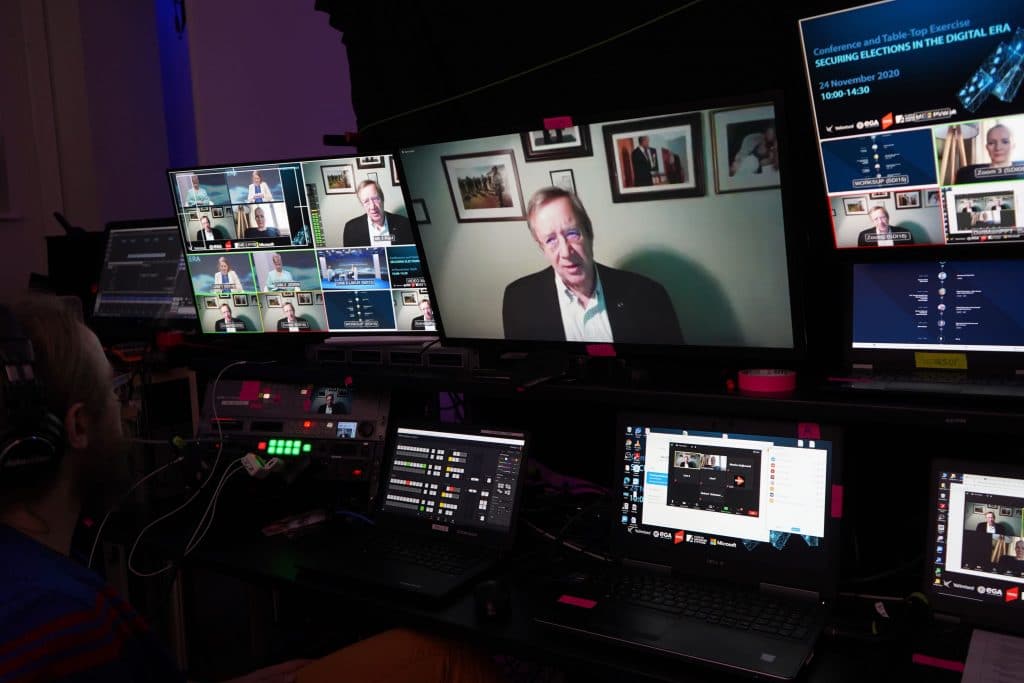 Photo: Backstage of the Conference

In his keynote, Oliver Kask, Head of the National Electoral Committee of Estonia noted that already today it is not possible to conduct elections without digital technologies. “The possibilities to use digital technologies widens every month, every week. We would not get the best out of IT solutions if we don’t start to find means how to implement those possibilities we already have right now. We have to consider the safety of those solutions still under construction,” he said. 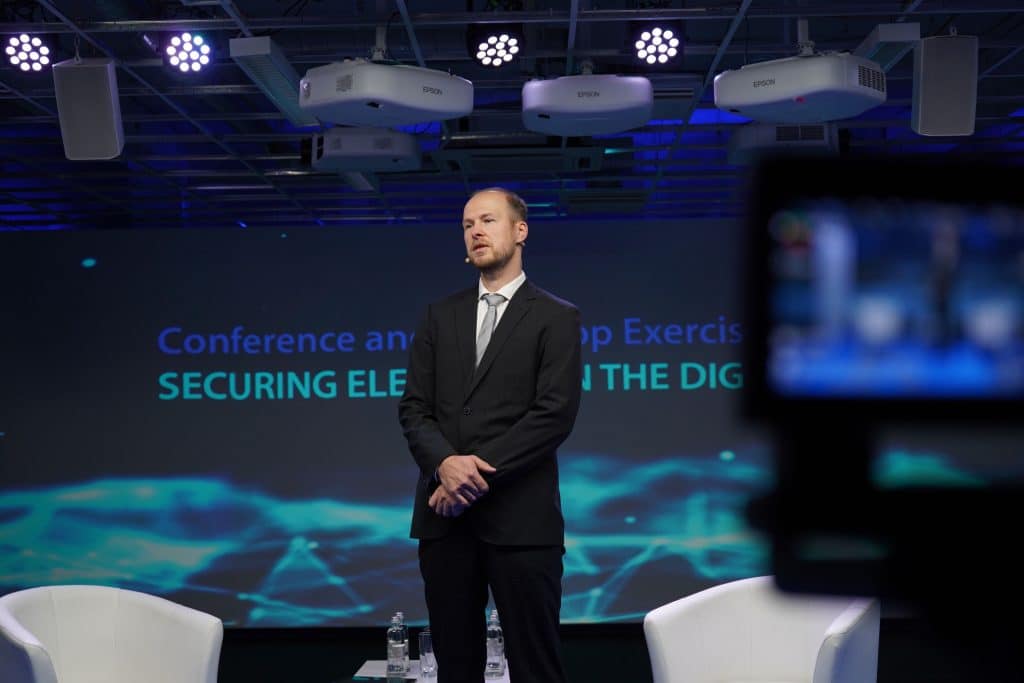 Kask highlighted that even there haven’t been any cyber incidents regarding Internet voting in Estonia, the Estonian Electoral Committee has implemented a list of measures, and updates it constantly, to be sure that all results of Internet voting are transparent and not hacked.

In the panel discussion, Liisa Past, Head of Cyber Security Business Development at Cybernetica, pointed out that in the elections the fundamental question is about delegating the trust. “Delegating trust to the complex mathematics is hard, it is easier to trust institutions,” Past said. According to her, for that reason technology is sometimes underestimated to guarantee voting integrity. 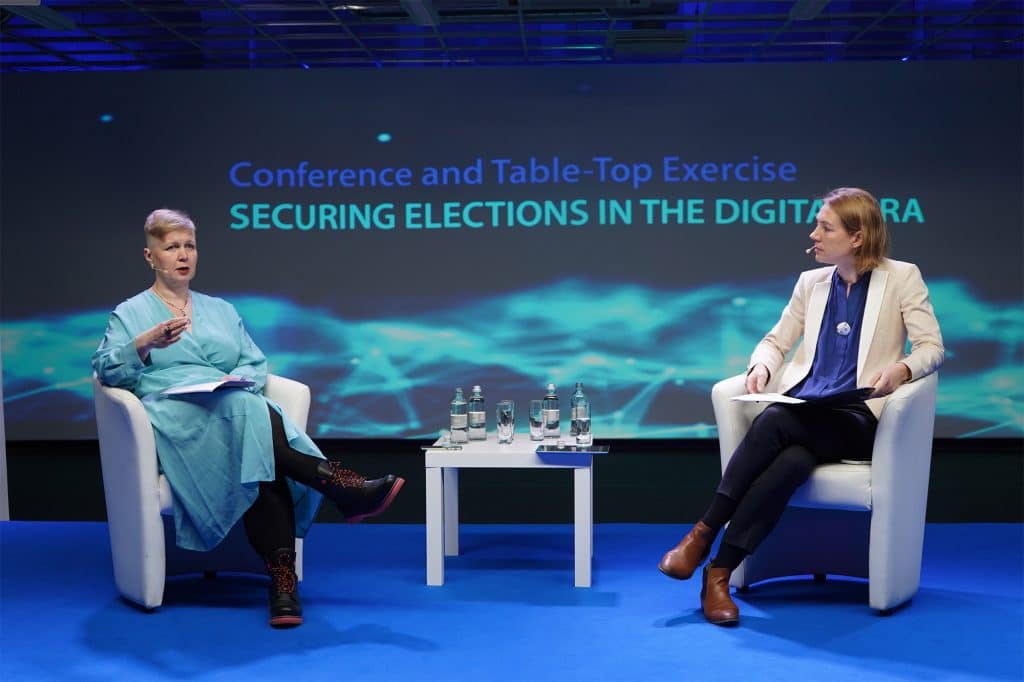 Photo: Liisa Past and Merle Maigre on the panel session

Additionally, the Director of International Policy at the Cyber Policy Centre at Stanford University, Marietje Schaake emphasised that the legitimacy of the digital voting process depends on the general trust that society has towards the government. “Technology itself will not replace the lack of trust,” she said. In the discussion about misinformation, she also highlighted the role social media platforms have in public debates. “The lack of transparency of big tech companies is not helping with the oversight of elections, if they create a platform and conditions for public debate; there are not clear safeguards and rules in place on campaign financing, transparency and accountability,” said Schaake.

Marina Kaljurand, Member of the European Parliament said that politicians should be involved more in digital discussions, “so that they would feel more comfortable with digital topics”.

The Conference and Table-Top Exercise aimed to raise awareness on how to secure elections in the digital era and share Estonia’s expertise on the field. In the event core election organisers, as well as the personnel from political think tanks that are monitoring elections and helping political parties, from 55 countries participated.

The Conference featured former President of Estonia Toomas Hendrik Ilves, the Director of International Policy at the Cyber Policy Centre at Stanford University Marietje Schaake, the Member of European Parliament Marina Kaljurand, the Head of the National Electoral Committee of Estonia Oliver Kask, the Head of Cyber Security Business Development at Cybernetica Liisa Past, the Professor of e-Governance at Tallinn University of Technology Robert Krimmer, the Senior Cyber Security Expert at e-Governance Academy Merle Maigre and the cyber and strategic leadership experts from CybExer Technologies – Lauri Almann and Kari-Pekka Rannikko.