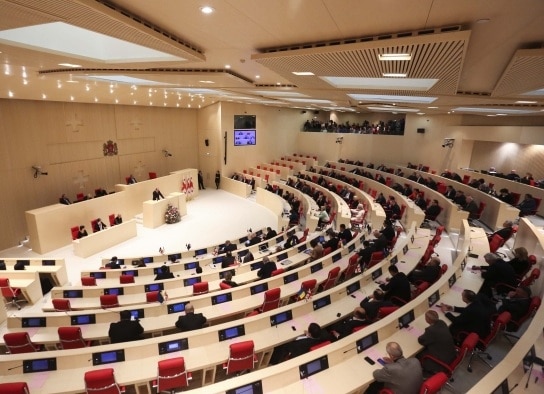 Liia Hänni to attend a conference on parliamentary openness in Tbilisi

Liia Hänni, an e-democracy expert of the e-Governance Academy, is attending, at the invitation of the Georgian parliament, the conference “Committing to Openness – Parliamentary Action Plans, Standards and Data” in Tbilisi on 14 and 15 of September. The objective of the conference is to develop a constructive dialogue on parliamentary openness and to share experience.

The conference aimed at legislatures and representatives of civil society is held under the GLOW (Global Legislative Openness Week) and it also celebrates the United Nations Day of Democracy on 15 September.

At the conference Liia Hänni wishes to become familiar with the experience of open governance of the Georgian parliament. “The Georgian parliament recently approved an action plan for increasing parliamentary openness, joining thus the international Open Government Partnership (OGP) process. This was an important step, since the efforts of only the government and NGOs are not sufficient enough in order for the state authority to be exercised in a transparent way and by involving citizens. I hope to get a clear idea of how the ‘positive inclusion’ of the parliament became possible in Georgia,” told Hänni.

Liia Hänni is a member of the international legislative openness working group established under the OGP. She is attending the conference with the help of the travel grant of the National Foundation of Civil Society.