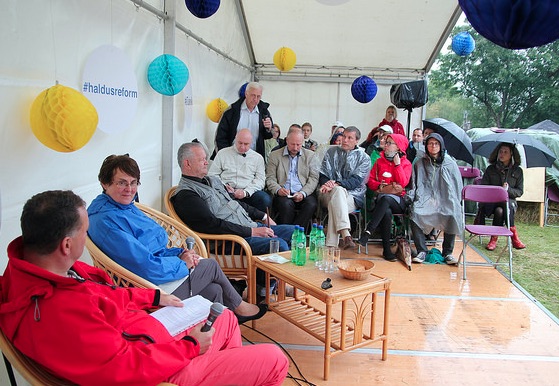 Summary of the discussion “What would be the local government 2.0 like?”

On 13 of August, we held a discussion what would be the local government 2.0 like @ Opinion Festival on State Potential Area.

We invited participants to the State Potential Area to share their thoughts, ideas and even dreams. Our motivation to hold such a panel was because currently there is an administrative reform being carried out in Estonia which has raised fears that the government will distance itself even more from the communities. At the same time, we believe that technology, if cleverally used, could bring communities even closer to the local authorities and take the communication to a whole new level.

The thoughts and statements may find below.

Question: How would I like to take part in the organization of local government and how could I participate in decision-making processes?

Question: What do I expect from government services and in which form I would like to consume them?