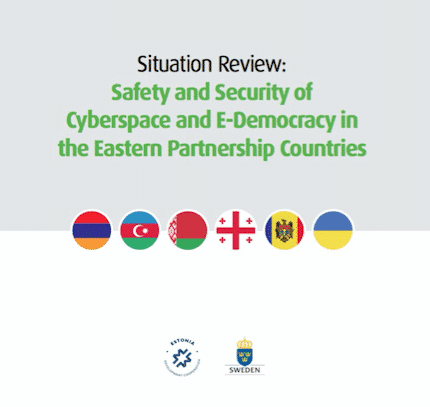 The study provides a situation review of the state of affairs in the field of e-democracy and cyber security in the EU Eastern Partnership (EaP) countries – Armenia, Azerbaijan, Belarus, Georgia, Moldova and Ukraine. To collect data and conduct interviews, the eGA research team visited each of the EaP countries during the period of April-June 2017. The review is considered to be the main input for discussions at the Eastern Partnership countries’ Conference held in Tallinn on 4th of October as a part of the Estonian EU Presidency events.

We addressed the following questions:

Regarding e-democracy we also looked into how e-democracy is being implemented, what are the recent e-democracy initiatives and what can be learned from them?

Based on the study, eGA will provide policy recommendations on how to ensure the trust and development of Information Society and overcome the existing barriers and to use the potential of technologies for enhancing democratic processes in the EaP region. The recommendation will be revealed in October 2017 and discussed on e-Partnership Conference in Tallinn.

e-Democracy: in Ukraine a real kick-off of e-democracy has taken place

In e-democracy field, we identified notable e-democracy showcases in each of the EaP countries. However, the country where a real kick-off of e-democracy has taken place is Ukraine. Active citizens and mind-leaders have emerged with a vision and an idea of bringing power to the people with the help of technologies. Various coalition networks with the government, such as e-Democracy Coalition and Reanimation Package of Reforms have been formed and e-democracy instruments are initiated – Prozorro, e-Petitions to name a few. There are also good examples in other countries on how the “golden triangle of partnership” – civil society, business and government – is one of the keys to e-democracy development.

Nevertheless, there is still lot to be done in all EaP countries to enhance the understanding on the purpose of e-democracy instruments and what impact they have. Despite the existence of numerous e-democracy tools, the low level of “e-democracy literacy” is evident in all countries of the region. How to overcome this and other barriers – the report with recommendations will be published already in October 2017.

The fresh cyber security overview of EU Eastern Partnership countries shows that a systematic and coordinated approach to the state-level cyber security is needed. In many aspects countries are doing well, but also there are areas in need of more attention. A balanced cyber security capacity should be a goal for coming years.

Countries were assessed according to 12 state-level capacities and 60 specific indicators. According to these indicators baseline cyber security, electronic identification, computer incidents response capability and fight against cybercrimes are relatively well developed areas. More attention should be paid on cyber crisis management, national defence and international cooperation.

The survey brings out that Georgia has made significant developments in cyber security field which is more developed than ICT in general. The cyber policy development, cyber threat assessment and many other areas are very well arranged. Also, Ukraine and Belarus have many cyber capacities that are at the high level. The survey, which will be published in October, will give a detailed overview of the situation and recommendations for further development. 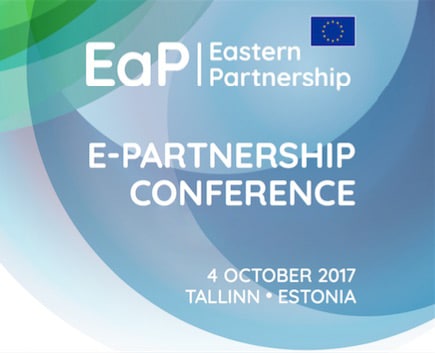