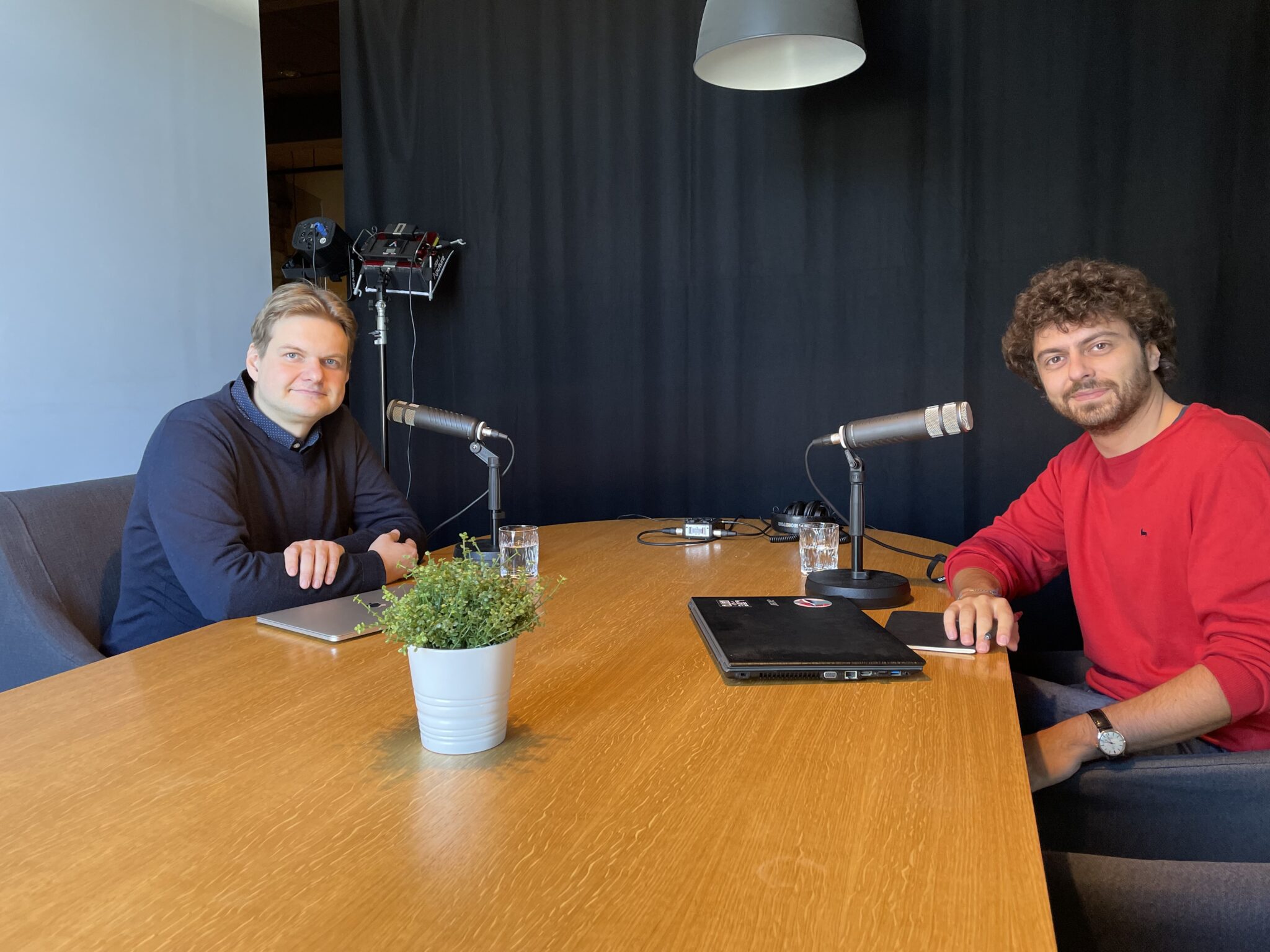 Priit Vinkel: Internet voting is a very sticky method of participating in elections

More and more Estonian residents have decided to participate in the recent local elections in October 2021 simply using internet and their own digital ID. To be precise, more than ever. From the comfort of home, the office, or even a holiday destination.

Priit Vinkel, Senior Expert of Smart Governance at e-Governance Academy, boasts a curriculum in electoral management that spans over 15 years of activity. Together, we delve deeper into the numbers and salient points of another record-setting election for i-voting in Estonia. 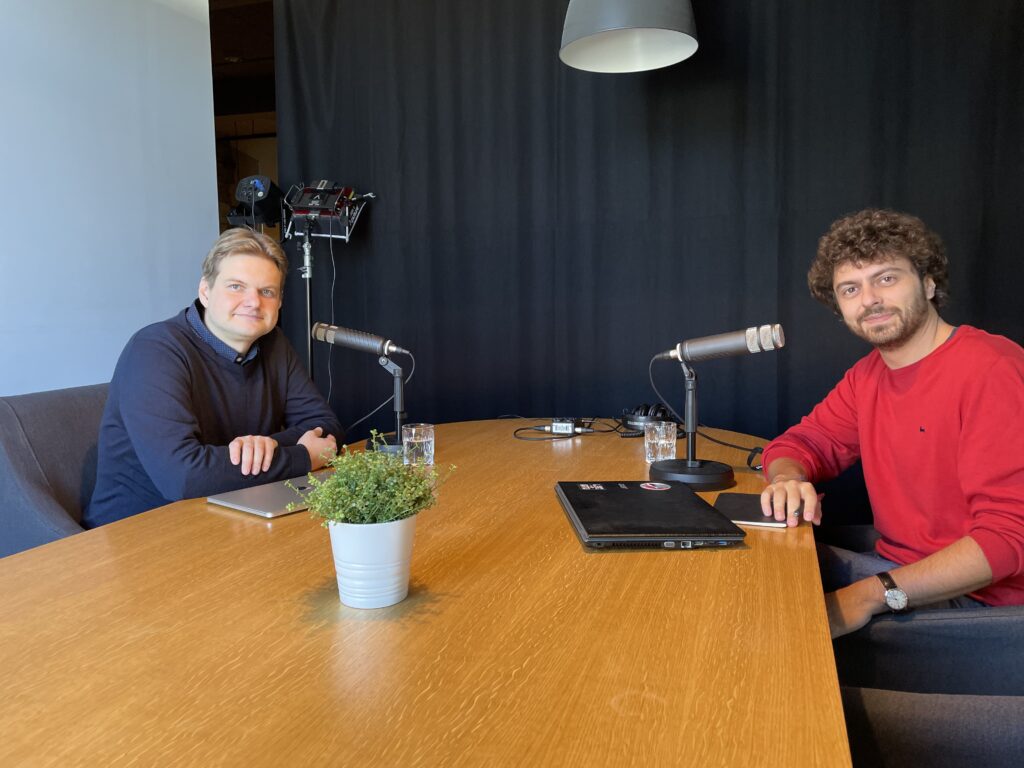 Photo: Priit Vinkel (on the left) and Federico Plantera

Permanent residents all around the country recently headed to the polls to renew city and municipality council members. As for every election, and not just here up north, eligible voters have the possibility to cast their ballots in different ways and at different times. The convenient Estonian addition to all traditional methods already known isinternet voting.

For this reason, we can talk about an election week in Estonia. Voters can express their electoral preference in polling stations the traditional way on paper, or via internet voting throughout the six days preceding the election day. This time election day fell on Sunday, October 17, where only paper voting in polling station was offered. All they need for i-voting is the electronic ID-card or Mobile ID and an ad-hoc lightweight software to cast and digitally sign their electronic ballot.

That’s actually it. We could attempt to make it sound more glamorous or cool, but that’s what e-services are for – making our life easier, as seamlessly as possible. This time, over 275 000 people used internet voting to pick their candidate of choice, making up about 46.9% of the total turnout.

So far, Estonia is the only country in the world that has deployed internet voting for everyone and every election, consistently. Since its first use in 2005, i-voting has been fully introduced in the election practice of the country. The need was clear then as it is today – in spite of a global downward trend in voting turnout, more channels and options to participate must be available to citizens. Especially if these are cheaper than traditional, established voting methods. As professor Robert Krimmer notably highlighted, i-voting is the most cost-efficient method of them all to cast a ballot “paper”.

“As a former election organizer, it is difficult to say which way people should vote. This time’s record numbers could come down to lots of reasons. The pandemic certainly played a role, many people switched to just voting from home,” Vinkel says. Or some voters simply could not go to a polling station physically and on the set date, due to other impediments or traveling.

“But the truth is that internet voting is a very sticky method of participating in elections, as research on the topic suggests. If you vote once in that way, you’re likely to keep doing so in the future. I-voting is not a new thing for us, we’ve been able to do so for 16 years by now, and it has settled in the identity of the Estonian voter already,” Vinkel highlights. Consequently, more people vote online because mainstream adoption already took place.

Where e-government works, everyone is potentially an internet voter

Further proof of that? How fluid is the profile of the average Estonian internet voter. “In the first 3-4 instances we could outline a certain voter persona, but that’s not the case anymore. The i-voter, so to say, isn’t any different from other voters. Nor geographically, nor from a socio-demographic perspective,” Vinkel explains. In the beginning, in fact, belonging to a specific age group or boasting PC literacy did mark an increased or decreased likelihood to use i-voting.

Diffusion of and Attitudes on iVoting – Mihkel Solvak from e-Governance Academy on Vimeo.

Other factors, instead, might influence the ultimate decision to vote through an e-service or not. One of them is a successful track record in e-government. Not in charts or international rankings, but simply from seeing how digital public services ease tasks and interactions with the public administration on a daily basis. In Vinkel’s words, “When voters are content with the e-government system and architecture as such, in general, they tend to use internet voting more or consider this possibility.”

It’s a matter of trust, too. “Although in Estonia there has always been a majority in favour of internet voting, always and everywhere there will be sceptics. Reasons might be the quest for some electoral gains, political bargaining. But in most cases, people who mistrust electronic ways of voting are not so keen on e-governance and the government in general as well. When you do not trust the e-way of doing things, you don’t trust e-elections either,” Vinkel notes.

As for most digital solutions that make Estonia’s e-government, internet voting too calls for a reflection on whether such (here consolidated) experiment can be replicated in other countries.

The question goes beyond the usual dichotomy between electronic voting or internet voting. Certainly, the pandemic has revived the debate on i-voting as an opportunity. “But back in 2005, when i-voting was first implemented, we were in a very unique situation. The context was suitable for i-voting to stick. In many respects, now that situation has changed – in terms of cybersecurity, trust – so it might be hard to copy or replicate elsewhere,” Vinkel says.

Regardless, before thinking of implementing internet voting, countries need to have in place the key enablers that allow it to exist and function. “I-voting relies mainly on a trustworthy and remote way of knowing who the person behind the screen is. This is the main prerequisite. It doesn’t necessarily have to be in the shape of an id-card, but it has to be secure and verifiable.” Moving from such stepping stone, internet voting can then be considered.

“It should not be a first or go-to solution to develop, but rather an intermediate or advanced level one. Always start with solutions simpler and easier to implement, the necessary e-services, and then think about e-elections as such. As Liisa Past also previously warned, “Elections should never be part of a system less e-capable than the way these are designed,” Vinkel concludes.

Share:
Previous: Podcast 🎧 and blog: Digital leadership is a key asset in times of crisis
Next: Podcast 🎧: How can civil society organisations enhance digital responsibility of the government?