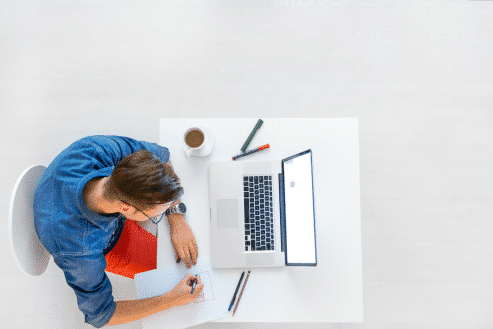 e-Governance has made a leap forward in Armenia thanks to the two years’ work of the e-Governance Academy and 1.5 million euros contributed by the European Union. This has resulted in the Armenian government acquiring new electronic tools for combating corruption and communicating with the general public.

For Armenian citizens, this means that in order to receive documents from the population register, they no longer need to undertake a several days’ journey to the nearest state authority and pay for the documents based on the discretion of a public servant. Proceedings and activities that once took days to complete can now be finalised promptly. Fixed rates have been established for documents and vehicle licence plates and the payments are now made directly to the state rather than the official issuing the documents or licence plates. The funds – formerly constituting systematic ‘benefits’ for officials – are thus now directly transferred to the state treasury thanks to the help of the IT solutions.

E-mail for all Armenians

Armenia has also introduced a portal and an e-mail system similar to those in Estonia for communicating with the general public. The state is now able to send all important information directly to the e-mail addresses of its citizens and centralise the essential topics pertaining to the communication between the state and its citizens into a single portal.

Even though the Estonian example was used as the basis for creating the portal and the e-mail system, it turns out that Armenia has outperformed Estonia in the functionality of the development. According to Ivar Tallo, who managed the project on behalf of the e-Governance Academy, it can be claimed that Armenia is a great student who is able to further develop any existing good solutions. For example, Armenian citizens are able to forward their state e-mail to their mobile phones. The state is also planning to use the created channels for communicating court summons in addition to other notices.

As regards the state, the activities related to the population register have become electronic, e-services were introduced for the police for registering vehicles and driver’s licences, and an electronic judicial register and a driver’s licence examination system were created. Public servants in 50 population offices all over the country were trained to use the new systems.

Public servants are now able to use a modern web-based environment for conducting activities in relation to the population register, allowing them to register life events from birth to death and exchange information with the database of the police and the passport register. The electronic system ensures that the data of the citizens are accurate, verifiable and securely stored. The creation of all documents has been automated and the documents can be issued in all relevant offices all over the country.

Tallo is of the opinion that the biggest challenge in the project was change management, considering the ever-changing conditions in which the powers of the government expire or the government resigns and a new government assumes the office. “This was the first long-term project with such a big volume for the e-Governance Academy in which we had to coordinate the activities between the provider of financing, high state officials and IT companies”, noted Tallo.

Tallo claimed that change management is becoming the principal field of work for the e-Governance Academy. “We are receiving ever more inquiries relating to this field of knowledge, especially from countries that have acquired expensive IT solutions but have not been able to implement them in order to complete the leap to e-governance. Estonia serves as a good example, but it’s impossible to copy-paste a solution for other countries”, said Tallo.

Tallo estimates that Armenia is becoming one of the most outstanding examples – alongside Moldova and Palestine – when it comes to making use of Estonia’s experience in developing e-governance. The visits to the e-Governance Academy with the aim of gaining inspiration and insight that started in 2001 have now resulted in extensive cooperation for developing e-governance. “Armenia was the first country in the world to introduce an electronic visa application system. The country also uses the national electronic document management system Mulberry that we helped develop earlier. The hard work and efforts are thus starting to bear fruit”, said Tallo, who has been to Armenia on business assignments over 25 times in the last two years. However, Tallo admits that there is still a lack of a systematic approach when it comes to e-governance in Armenia. “People are able to access their e-health and social security data. Digital ID has been developed, but its functionalities are not yet used much”, he said.

The work therefore continues, and every once in a while, Ivar Tallo has to explain to suspicious border guards inquiring as to the reasons for the numerous visits that he is helping the Armenian government develop the e-state.

Entrepreneurs from Armenia, Ireland and the UK have helped create e-state solutions in Armenia in addition to the e-Governance Academy. The experience of the Republic of Estonia Information System Authority was used as the basis for developing the systems.

The e-service development project “Transactional e-Governance Development in Armenia” was financed by the European Commission with the aim of helping the Armenian government offer better e-services to its citizens. The project commenced in August 2012 and lasted for two and a half years.