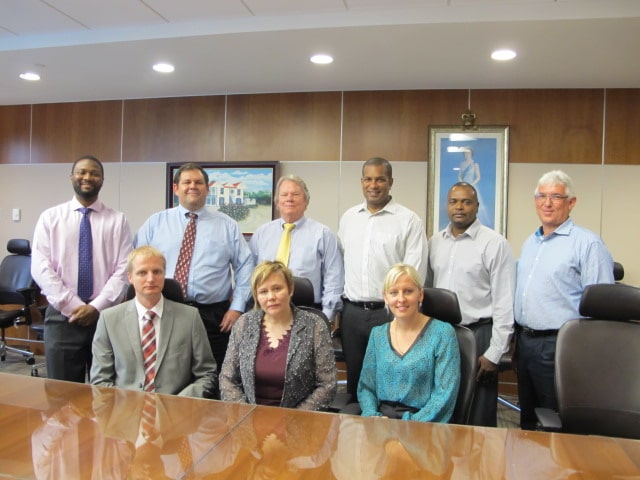 eGA experts Mari Pedak and Annela Kiirats were advising during the visit to Cayman Islands on 21 – 25 of September the Government of Cayman Island to guide them in further decisions-making of e-society development.

As the country needs to set the grounds for a common agreements on e-society development, there were different discussions, conference and workshops organized, where Estonian team explained how Estonian solutions function, as well as gave advise on approaching the development from different angles.

eGA’s Supervisory Board member Siim Sikkut joined the mission few days later to give insight on policy making on government level, as he is ICT Adviser to Estonian Prime Minister on his everyday duties. There were government officials together with private sector representatives attending the seminars to also learn in which way public and private sector could work together to build up open digital society.

The opening speech at the conference for close to 80 participants was given by the Prime Minister and Deputy Governor, saying that e-society development gives to Cayman Islands many advantages for the mutual communication between government and citizens.

Cayman Islands have already strong bases for relevant developments and representatives from government agencies showcased several e-solutions to the Estonian team as well. The main issue is to approach end-users and provide simply-accessible solutions.

Read more about the visit to Cayman Islands: