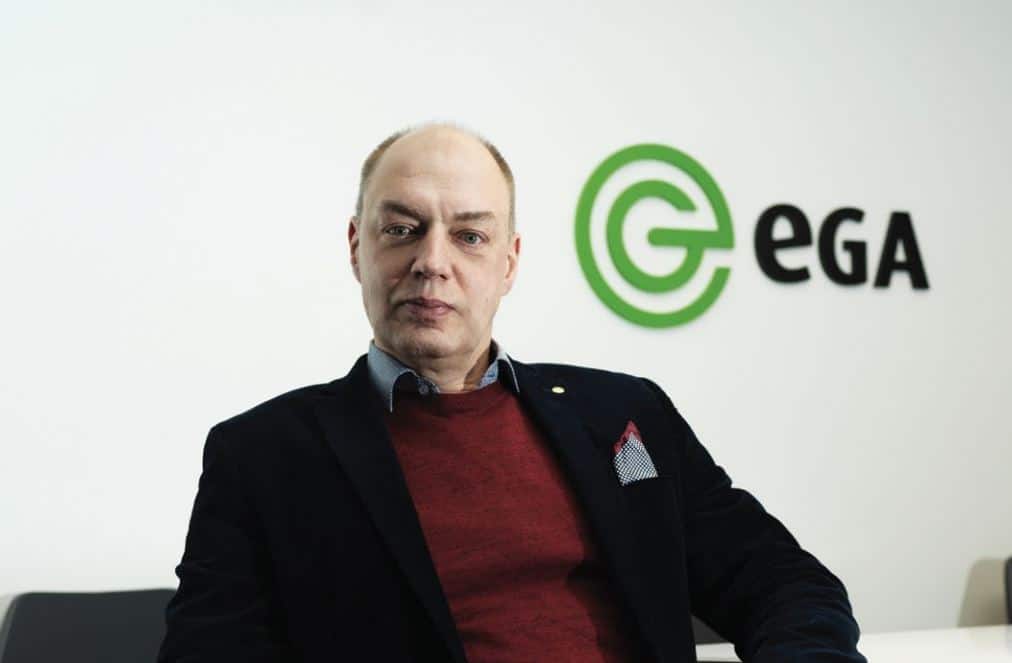 Governments need to deliver on the high expectations of digital citizens

As published in Life In Estonia Spring 2018 magazine

The e-Governance Academy, which celebrated its 15th anniversary recently, has reached every continent and consulted 90 countries. Life in Estonia spoke to one of the founders of the eGA and programme director, Linnar Viik.

Estonia has gained an outstanding international reputation as a beacon of e-government. What is the actual state of Estonian e-government? Where is the e-gov ship right now, where is it heading?

Using the ship metaphor, I would say the ship of e-gov is sailing well and has survived many harsh North-Eastern storms. It has been caught by ice a few times, which has stalled the progress a bit, and it’s not moving terribly fast, but overall well on the way.

It has turned out that contrary to our fear of being too small for all the substantial investments, our smallness gives us the advantage as we manage to involve people and the whole society—something that is much more complicated in larger countries. Now, in addition to advising even smaller states than Estonia—Cape Verde, Mauritius, East Caribbean countries—which can learn from us how to achieve good results with very little means, we are also consulting much larger and wealthier countries with more resources, like Ukraine.

First and foremost – access to the internet was available to everyone, young people through the Tigerleap programme, the public sector, small businesses through investments from the Nordic countries, and public internet access points. The number of internet users was growing faster in Estonia in the 1990s than in Latvia and Lithuania although we started out at the same point. If you have users, you have motivation to offer services. And these were offered not just by the government but also by private businesses – first media and banks. Banks were highly influential in giving businesses and private customers the experience of how convenient internet services were – being able to do banking from wherever and whenever. The government was only the next step. Government offices had been using IT internally but the biggest breakthrough was made at the turn of century, when we made decisions about how government was to fund IT and different government bodies had to create their IT strategies. Only then the government realized that people are actually on the internet and maybe the government should offer services there. It started with very simple low formality things like people could send e-mails to offices and somebody would actually deal with it.

The introduction of the digital ID card enabled development to gear up. The turn of the century was the only possible time window to do it. Estonia had issued the passports to everyone right after independence in 1991, all of which were due to expire now, after 10 years. So it was possible to issue new documents to a large majority of citizens within a very short time – to give this new infrastructure, new technology, to the whole of society.  The implementation of the new ID card required a strong political will.  So this is also something we can share with other countries today: e-gov is not so much a question of technology, there are many other crucial aspects – legislation, belief, trust, convincing.

What has Estonia gained from the e-government services so far? Are savings in the public sector enough to motivate the investment?

This is a wrong but a very good question nevertheless. In 2018, IT is not about saving costs. This was the aim in 1995, in 2000 and even 2005. Saving money and offering faster processes. No longer.  Today it’s all about amplification – the digital services enable a business or a citizen to realize its idea faster, bring it to market and create more value. E-government is no longer about making the administration more effective but rather it is about creating new jobs, new businesses.

The active usage of digital signature saves a person one week a year – 2% of active work time. Adding other digital services we can say that each person in Estonia has gained 2 weeks of time by not having to deal with bureaucracy. Whatever someone does with that time is up to him – work more or take a holiday.

The budget of Estonia for IT and e-government per year is 100 million euros, roughly 1% of the state budget. This is the optimal amount to maintain and develop. Compared to many developed countries we annually invest about 5 times less in public IT per capita, nevertheless we belong to the top 5 functioning e-government models that is constantly changing and developing in close cooperation with the public and private sectors. This public-private partnership is quite unique and is constantly offering the private sector companies international scaling opportunities. Of all the IT procurements in developed countries about one third come from the public sector. A third of the market is a very important power. The question is if the government is able to order products that create innovation. If the government asks for new solutions, it gives companies additional stimuli for innovation. This approach helps to grow the competitiveness of these companies in a global market. Estonia’s advantage has been that it can make quick developments in 1-2 years that don’t age before they are ready. The development cycle of technology requires constant innovation, which means ever-shorter projects.

What are the main challenges for the Estonian public IT development today?

The greatest challenges today are not related to Estonia and the Estonian e-government. The biggest challenge is the fact that we are not an autarchic island but a member of the EU and Eurozone. We cannot come up with solutions that fit just Estonia while acting within the EU single market with the free movement of goods, people, services and capital. Especially as Estonia is one of the strongest advocates of the free movement of data within the European single market we need to find interoperability and agreement with other member states. E-government has become a cross-border issue. We have a few examples of things that can be done quickly and others that can’t. A good example is the digital cooperation between Estonia and Finland. Here we have two countries that are connected through very deep and lively economic, trade and cultural cooperation, whose labour markets are literally combined with people moving between the countries all the time. Here we have had a chance to move sector by sector and implement interoperability of the information systems of these two countries. With Finland we have connected the operations of the social security, tax office, labour and certification, health platforms.  So, for example, the diagnosis and prescriptions of doctors are recognized and can be moved digitally cross-border.

At the same time, the European-wide acceptance of the digital signature is moving very slowly. It is very difficult to achieve that a document signed digitally in Estonia would be recognized in another EU country.

We need to create new e-government services in Estonia while making sure that they would work across Europe or at least with our most important trade partners. We have been developing new e-government services for 1 million people but actually we should and could do it for many more, and in doing so enable the strong amplifying effect for our own businesses and citizens as well.

Another great challenge has to do with the fact that the world has moved into mobile platforms. In the classical browser-based solutions the government had the technological control over the product offered to the consumer, now with the mobile it is considerably more complicated. We have two main platforms, neither of which is Estonian or European – so we have no control over them and yet have to trust them. We have to overcome the illusion that everything can be done in mobile just like on the internet. This is not possible. For the government it is complicated to create and maintain solutions that work equally well on all different platforms. Therefore, the criticism comes that the e-government doesn’t “look good” and the user experience doesn’t meet expectations. So the challenge is to reach the next level of user experience across platforms.

What is the user experience that the Estonians expect from their e-government? What future services could you imagine?

What we see is that the governments and large companies have more and more digital data. Today we are able to use only a fraction of this data. This applies not only to Estonia and not only to the government but companies as well. Not only IT companies but also agriculture, production, logistics, construction – any sector really is facing the challenge of how to best use the data and create new added value based on the data. This will be the focus and future of e-government for the coming years. How to create services from data, and how to create services that will free the citizens from routine participation and duties in interaction with the government? The expectation stems from our tax declaration as it already works today – the deductions appear in the prefilled declaration automatically, quite often to our pleasant surprise as we might have already forgotten about a tax-deductible donation that we did last year. We have lost the habit of collecting and archiving documents and paperwork for tax purposes.

The way to go is, for example – if a person changes workplace or moves to another town, all his data should move digitally. If I were to move to Tartu, the system could automatically offer me a selection of three family doctors for my family instead of having to think about it myself and start looking for a new family doctor. Or it could automatically offer a selection of three kindergartens for my child – the government knows that I have children of kindergarten age, so it could always be a step ahead in offering these services without me making an effort. I could still have a choice but am free from the routine task of thinking about it and searching. A similar approach should work for renewal of documents like driver’s licence, ID card, passport – the government should remind the citizen that it’s time to do it and offer the most convenient way to do it. So far we haven’t been able to see the value of this user-centred approach.

And what are the digital citizens expecting worldwide?

There is a widespread understanding today among governments that the digital government is not just a way to save administrative costs but rather serves as a powerful amplifier for citizens and businesses by freeing resources spent on bureaucracy and administration. Estonia serves as a great example with working solutions and results. What we can offer to others is not copying our solutions or technology but rather a very comprehensive analysis of the state-of-play of a country in this field, help set a realistic goal and show how to achieve it based on the public and political culture of the country.

Share:
Previous: e-Governance handbook translated into Russian
Next: Updated version of cybersecurity index to be published in May