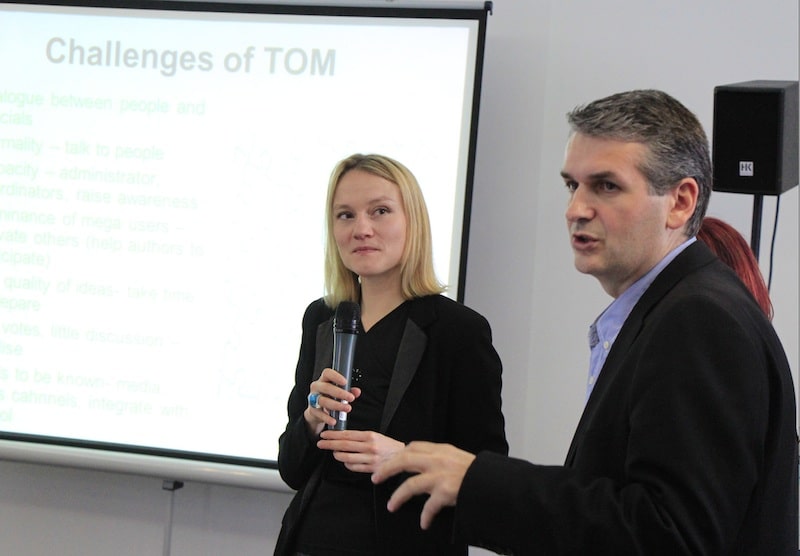 Kosovo is testing an online participation tool Today I Decide!

Kosovo Government has developed an all-governmental participation portal that enables people to submit their ideas to the Government, discuss and vote on them. In the case of a positive voting result, the Government is obliged to consider the idea and give an answer concerning its potential implementation. The portal was localized basing on an open source platform TID+ (Today I Decide+) that, in turn, originates from Estonian online participation tool TOM (Today I Decide) that was opened in Estonia already in 2001. The online participation tool will be launched in March 2014 by the Prime Minister of Kosovo.

The project “Enhancing Open Governance and Participation in Moldova and Kosovo” is partly financed by the Ministry of Foreign Affairs of Estonia.

Share:
Previous: The e-Governance Development conference is taking place in Ukraine
Next: A delegation from Czech Republic visited eGA