Merle Maigre was awarded the French National Order of Merit

On 9 June the Ambassador of France to Estonia Mr Éric Lamouroux awarded Merle Maigre the French National Order of Merit.

The National Order of Merit is the acknowledgement of the French Government to Merle Maigre’s contribution to cybersecurity knowledge sharing and collaboration between Estonia and France. 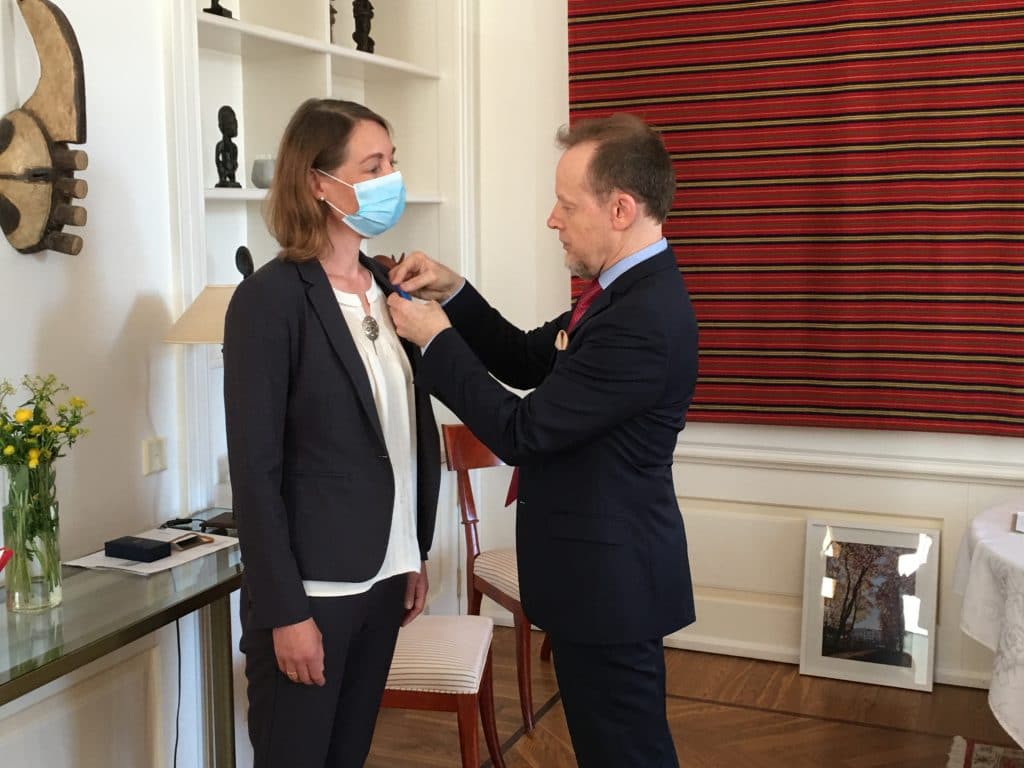 In her note of thanks, Merle Maigre emphasised the need for cooperation between countries in keeping cyberspace secure. „No country is an island. We live in difficult times and if the last few years has taught me one thing, then it is that in cyber, you cannot do it alone. I have had the privilege to meet with truly great Fench cyber figures – Admiral Coustilliere, Major General Olivier Bonnet de Paillerets, two former French Commander Cyber Defence, Ministry of the Armed Forces. It was them and the President of Estonia Toomas Hendrik Ilves who have mostly have guided me in building cooperation between Estonia and France and in understanding that any great achievement starts with small steps, human contact and preferably some humour,“ said Merle Maigre.

By National Order of Merit, the Government of France rewards distinguished military or civilian merits that are conducted for the French nation. 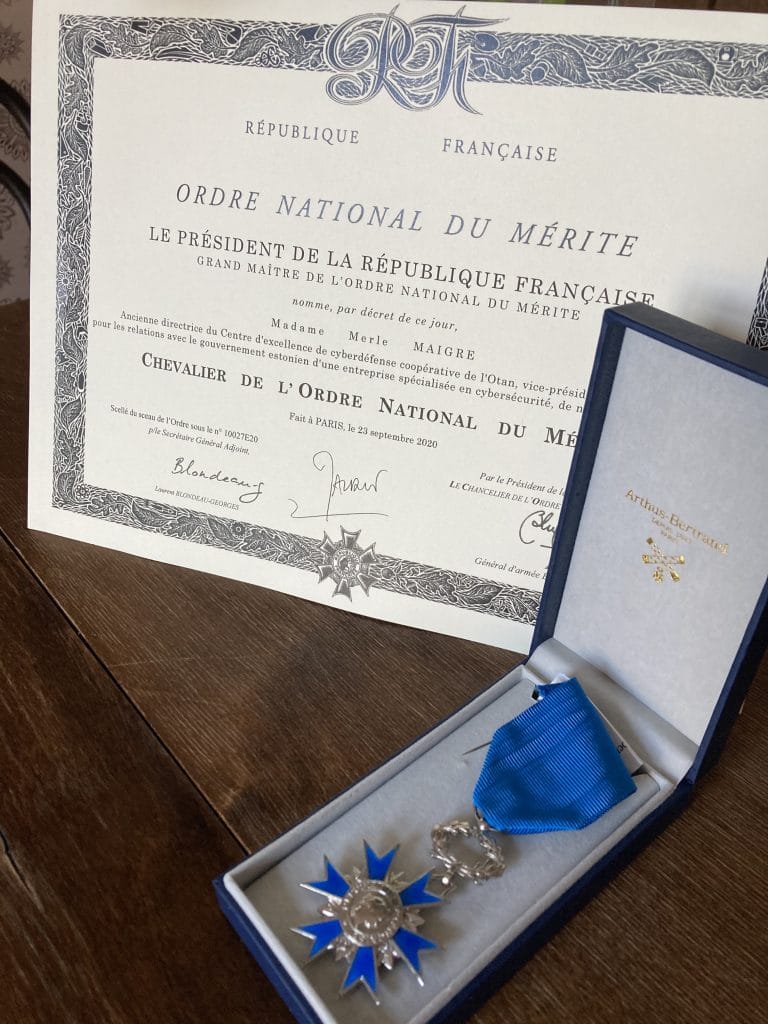 Since 2021 Merle Maigre has been working as Senior Expert on Cyber Security at eGA.

Share:
Previous: Epp Maaten: cybersecurity is not a project, it is a constant process we should maintain
Next: EGOV4UKRAINE project enhanced the provision of automated public service delivery in Ukraine