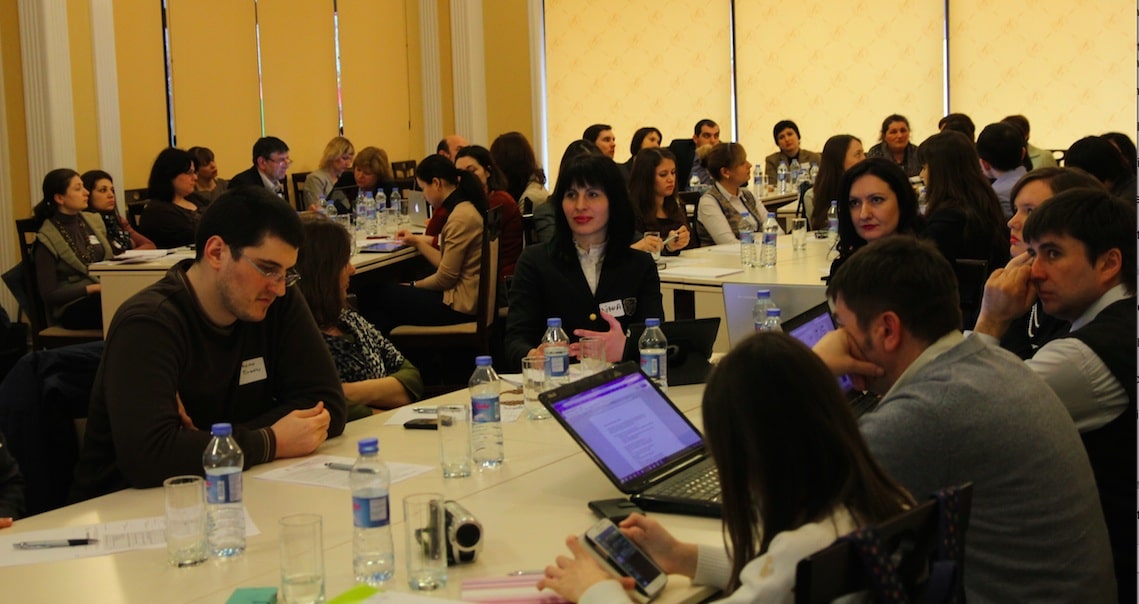 Moldovan government and NGO representatives to learn about inclusive governance

The e-Governance Academy is organizing workshops to public servants and civil society representatives in the Moldovan capital Chişinău on 7 & 8 April to support the Moldovan government in making law- and decision-making processes more open and transparent.

The workshops will also provide a platform for learning and sharing practical mechanisms and tools for citizen engagement, including from Estonian experience, and ways inclusion of civic groups and individual citizens in governance can be achieved.

The event is one of the commitment which Moldova Government together with Civil Society co-committed to implement as part of Moldova Second Action Plan on Open Government, under Moldova’s membership in the Open Government Partnership (OGP).

Kristina Reinsalu, the director of the e-democracy sector at the academy, says that both parties – the government and NGOs – need training on inclusion in order to be equal partners and achieve results.

The workshops, which will be given to 70 participants, are being carried out by Liia Hänni and Kristina Reinsalu from the e-Governance Academy and Hille Hinsberg from Praxis and Veronica Cretu, Constantin Rusu, Onorica Banciu and Nicu Cretu from the Open Government Institute Moldova.

The event will be opened by Stela Mocan, Executive Director of the Moldovan e-Government Centre, and Veronica Cretu, head of Open Government Institute Moldova.

A draft of the “Citizen Engagement in Decision Making” processes guide will also be presented as part of the workshop and consulted with the participants. Experts from the e-Governance Academy played an advisory role in its compilation alongside Hinsberg. “The handbook will be of help to state officials, providing them with tips on how to implement the existing Public Information Act and Transparency Act in their work, “ says Reinsalu.

The e-Governance Academy has carried out a number of projects designed to boost e-governance capabilities in Moldova in recent years. The workshops are being provided in cooperation with the Moldovan Open Governance Institute and e-Governance Centre and it is part of the ‘Introduction of the principles of open governance in the inclusion of citizens in the decision-making process in Moldova’ project, which is being supported by the Estonian Ministry of Foreign Affairs within the framework of development cooperation.