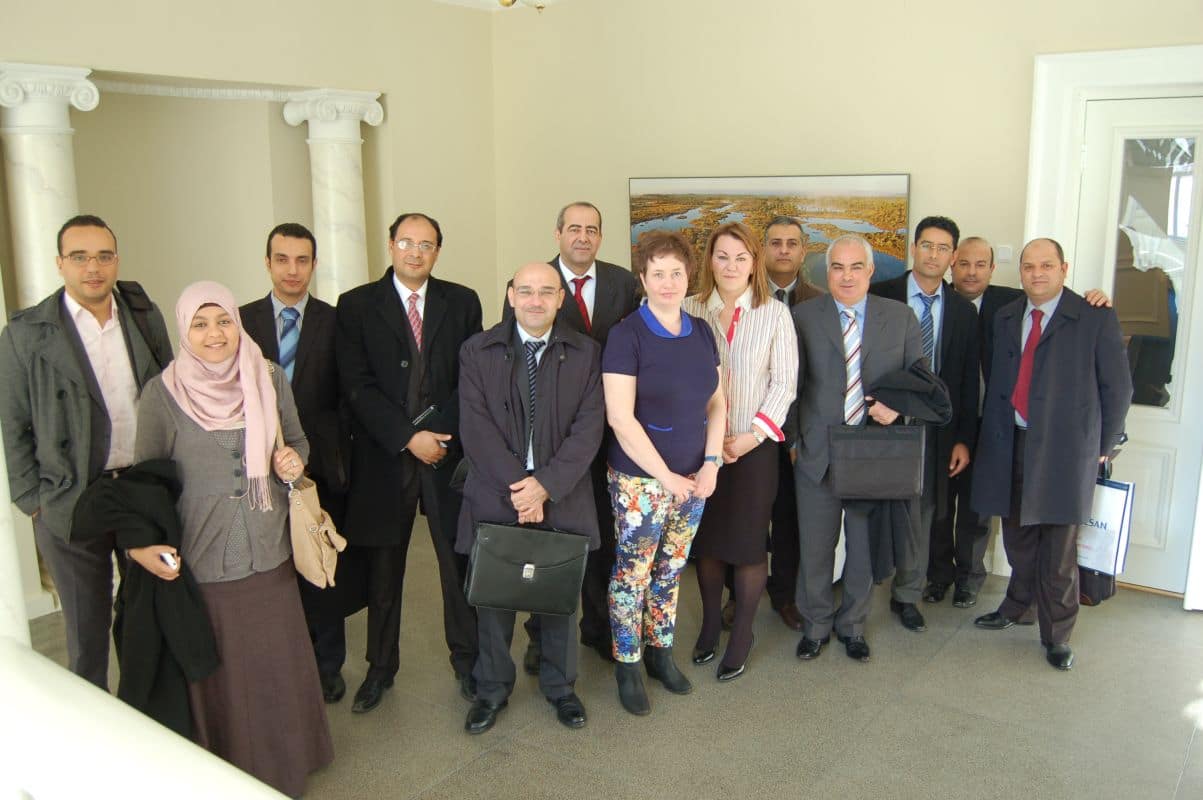 Tunisia learns from Estonia to develop their e-government

04.04.2014
Share:
A delegation of high officials from Tunisia is visiting Estonia this week. They are being introduced to Estonian e-government solutions, to apply the knowledge and experience when developing e-government in Tunisia.
Tunisia leads the charts in Africa when it comes to e-government. In the last few years, a lot of attention has been turned to open data, several e-participation projects are underway and an inter-ministerial working group has been created to advance e-governance. While in Estonia there is a unique identifying number in use for all citizens, allowing to use all public services, then in Tunisia different public service providers usually create their own identification number to identify citizens. As there is no single identification code, it is also not yet possible to implement e-identities for citizens. Interoperability between ministry databases should also be further improved.
The high-level delegation from Tunisia is mainly interested in the Estonian e-Identity and the interoperability framework. During the one week training seminar, they will be provided an overview of the Estonian ID card and mobile ID, the Estonian data exchange layer X-road and the organisational setup of e-government in Estonia. The delegation will visit the Estonian Ministry of the Interior, the Information System Authority, State Chancellery, SK – the Estonian Certification Centre and the Data Protection Inspection. Moreover, the Tunisian officials will get an insight into the production of ID cards as well as the estonian e-tax and e-health systems.

Khaled Sellami, Director General of the Electronic Administration Unit at the Presidency of the Government of Tunisia:„Estonia today enjoys a very advanced information system integration platform, allowing the country to become a world leader in the area of online government services. The Estonian eID system is a pioneer experience and a showcase of how online authentication allows citizens to access a wide variety of public services. The exchange programme between the Government of Tunisia and the Government of Estonia allows technology transfer between the two countries. It also enhances Tunisian know-how to build trust between citizens and government, as service provision to citizens is improved by the use of e-government tools. The cooperation with Estonia will surely enhance the steps already taken by Tunisia to become part of the democratic and open world.“

Arvo Ott, e-Govrnance Academy Director: „Tunisia faces a lot of challenges, where e-government solutions could help improve the quality and availability of public services, guarantee better public sector transparency, and positively influence economic development.  Tunisia has taken Estonia as an example, as during the last 20 years we have gained internationally recognised knowledge and experience in assisiting such processes. The current close cooperation is an opportunity to pass on our experience and prepare the necessary next steps together with the Tunisian e-government leaders.“
The visit is made possible through an Estonian development cooperation project, financed by the Estonian Ministry of Foreign Affairs and coordinated by the e-Governance Academy. The objective of the project is to develop the legal and organisational framework of e-governance and look into the possibilities of having a single identifier for Tunisian citizens. In addition, Tunisian officials will get an opportunity to test ID cards and mobile ID in Tunisia, to get acquainted to digital authentification and digital signatures.
The delegation from Tunisia will stay in Estonia until 4 April 2014.
Share:
Previous: Guests from the Ministry of Interior and Kingdom Relations of Netherlands
Next: eGA welcomes guests from Mongolia