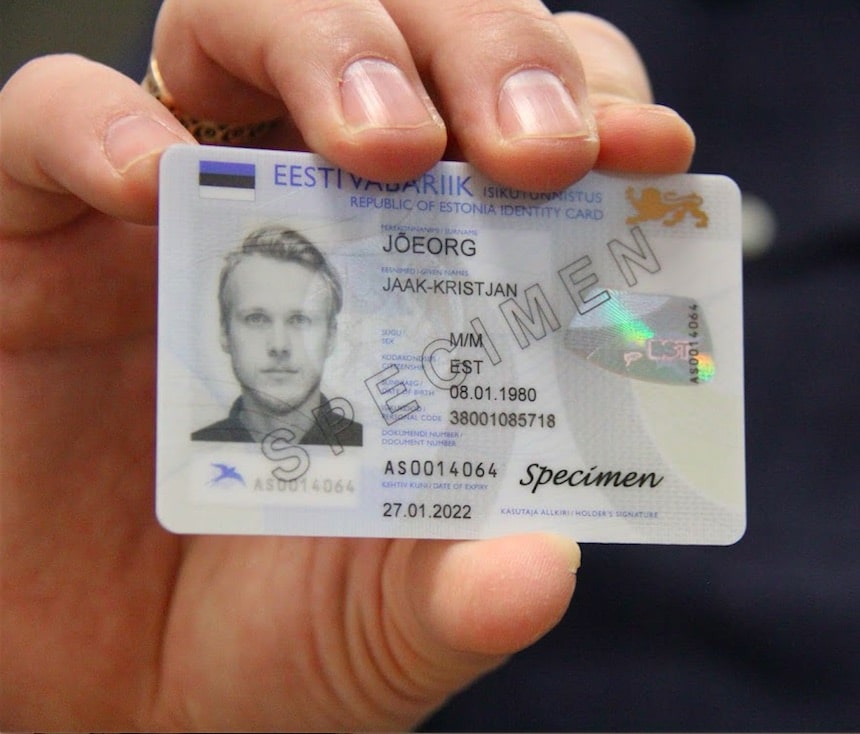 A digital success story: the cornerstone of e-Estonia celebrates its jubilee

The electronic ID card, an important foundation of Estonia’s information society that enabled secure implementation of e-solutions, celebrates its 15th birthday. The first ID cards were issued in 2002. eID has enabled Estonia to transform itself into one of the most developed information societies in the world.

According to Eliisa Sau, Chief Expert of the Police and Border Guard Board, the introduction of the ID card made it secure for citizens to log in to Internet environments. “Many countries still struggle with identifying their citizens in an electronic environment with sufficient convenience and security. As the ID card is a mandatory document for Estonian citizens, we in Estonia solved the issue of remote authentication years before other countries,” Sau said.

Mari Pedak, one of the people involved in the development of the ID card, says the decision that was taken 15 years ago was revolutionary for its time – one whose actual value only became clear to the public when the first e-services requiring the use of the card were unveiled in the public and private sectors. “What started out for many people as little more than a glorified ice scraper has become an irreplaceable tool they use every day as active members of the digital society,” she said.

“Going by what’s happened here in Estonia I can say that true innovation in society requires effective cooperation between the public and private sectors, politicians to really get behind it and officials to dedicate themselves to making it work,” she added.

The ID card is used as the national health insurance card and as a document to verify a person’s identity when they log in to an electronic environment. Additionally, a person can use their ID card to participate in e-voting, sign documents digitally, use e-prescriptions and e-banking services. Companies can also use the ID card as a loyalty card. The Estonian ID card was also used to digitally sign the first-ever cross-border state-level contract with Finland.

2002 also marks the year when the first digital signature was given in Estonia by the mayor of Tartu, now the Vice-President of European Commission, Andrus Ansip. Digital signatures have the same legal value as traditional signatures in the Estonian judicial area. “Estonia is a good example of the fact that e-solutions save the state and its citizens time and money. Digital signing alone saves Estonians an estimated five or more business days a year,” Sau said.

Most European Union’s digital signatures are given in Estonia, which is home to 1.3 million residents. In the course of 15 years, a total of 339 million digital signatures have been given and electronic authentication has been used on 504.7 million occasions. In 2007, mobile-ID was introduced in Estonia, which enables people to validate their electronic identity with a mobile phone by entering a unique personal identification number.

Mari Pedak says that Estonia’s digital identity is one of the most trustworthy in the world and has proven its worth in practice. “The e-Governance Academy is as open as it’s ever been to sharing its experience in establishing a digital identity so as to contribute to the development of the information societies in Europe and around the world,” she said.

Estonia has also advised several foreign states on eID. Over the past couple of years, Estonia has shared its experience with delegations from the Japan, United Arab Emirates, Taiwan, Bosnia and Herzegovina, Ukraine, Kyrgyzstan, Tunis, Bahrain, France, and the United Kingdom, among others.

Facts about the ID card:
– Arnold Rüütel, President of the Republic of Estonia of the time, and First Lady Ingrid Rüütel were the first individuals to receive the document.
– The first 174 ID cards in Estonia were issued on 28 January 2002
– Today, 96% of Estonia’s population have ID cards
– In 2016, around 67% of ID card users used the card electronically
– Citizens of other countries can also use the functions of Estonia’s electronic ID system via e-Residency to facilitate business
– The ID card can be used in every system; it works both on the national level and in the private sector, where one’s identity needs to be verified
– More than 15,000 people from 136 different states now have Estonian e-Residency

The ID card can be used:
– As a national ID card for legal travel within the EU for Estonian citizens
– As the national health insurance card
– As proof of identification when logging into bank accounts from a home computer
– As a pre-paid public transport ticket
– For digital signatures
– For i-Voting
– For accessing government databases to check one’s medical records, file taxes, etc.
– For picking up e-Prescriptions