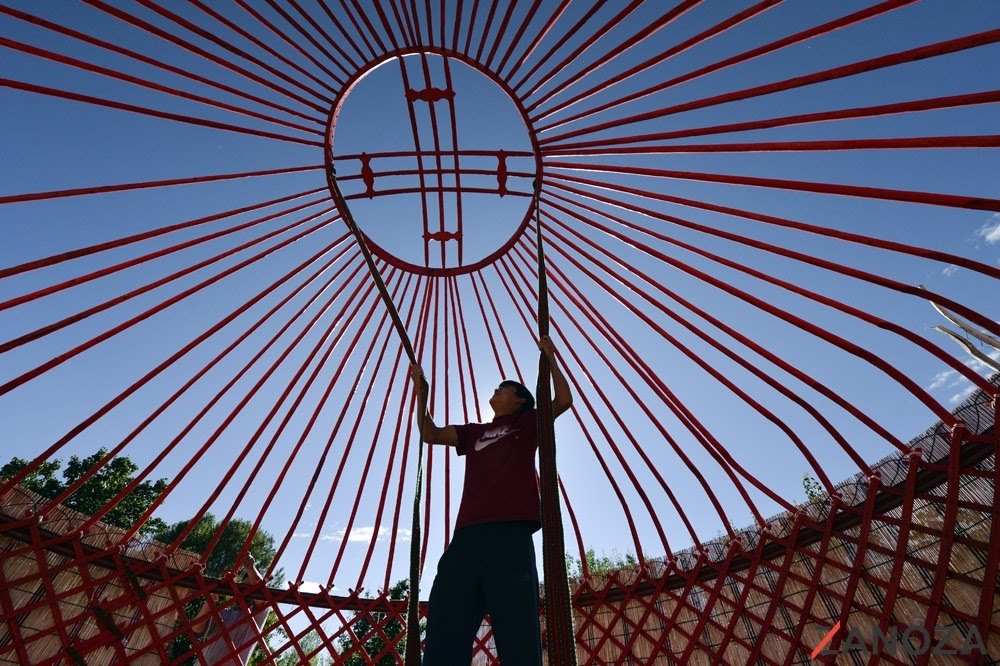 4 Misconceptions about Building a Digital Society

eGA has been working with 130 countries who are aiming to build digital societies. Over the last 17 years, we have witnessed what works and what doesn’t. There are four misconceptions, which we think prevent the successful implementation of a digital society.

Success must involve stakeholders at the highest level in your country up to the President and Prime Minister and business leaders, opinion leaders and visionaries.

As a major part of the digital services come from government institutions, a bias exists that says that building a digital society means building e-government. If we leave the other players of society out of this picture, it is hard to automate government processes or offer e-services. For instance, if the banks have not developed electronic payment systems, it is impossible for users to pay for public (e-)services. Many of the e-government business processes cross the private sector, and also involve NGOs. It is not uncommon that the banks in a country have heard that the government is building an e-government infrastructure and they are not involved.

Success means finding businesses and NGOs who are interested in contributing through services or knowledge. The digital society is a joint project that involves all sectors.

It is true that people build digital societies. We usually see that this work is delegated to the most active person in the government who has already many important tasks. So, the building of a digital society is like an additional task for him or her because he or she has proven capability in the field. In this way the digital society project becomes an extra task for that capable person, and because it is just another task among other important tasks, those other tasks usually demand more attention and building a digital society has to wait.

Success means finding a capable person for whom developing a digital society is their only task and their principal task.

It is natural that sometimes people are afraid of change. Especially people working in the government. Building a digital society is definitely a big change affecting the way people work today. Therefore, it is no surprise that people will resist such a change.

Success must involve high-level support for the change management project.

Consequently, in many cases, we see that a lack of political support (read “push”) from the highest level such as the prime minister and/or president will be reflected in slow progress.

Kyrgyzstan is a good example of a country who made those mistakes but managed to learn from them to get a good kick-start. In less than two years, the country has made a huge leap towards a document free society offering 181 e-services and Tunduk, the secure data exchange system, is connecting all the existing information systems in the Kyrgyz Republic.

“Tunduk” is the central element in the roof of a “Yurta”.

As the main value of a digital society comes from the optimisation of business processes through collaboration, they implemented secure data exchange system Tunduk. Tunduk is based on Estonia’s proven X-Road platform and enables collaboration between institutions and sectors.

Tunduk is based on Estonia’s proven X-Road platform and enables collaboration between institutions and sectors.

Tunduk is a technological solution. To maximise its value as a platform, the “Electronic Interoperability Centre”was established as an organisation dedicated to implementing Tunduk in government and across society. The people in this organisation are implementing and developing Tunduk on a daily basis – they have no other responsibilities.

This organisation was established by the Prime Minister. He understood, that automation and digitalisation of administrative processes could decrease corruption and make governance more efficient. As a result, a non-technical person was appointed to manage the organisation. She previously dealt with fighting corruption, so the role of the Tunduk team shifted from implementing a technical solution to facilitating the fight against corruption.

Today, the benefits of Tunduk can be seen broadly because of the involvement of different aspects of business such as efficient governance and savings for the government.

A major part of the work the Electronic Interoperability Centre did was promoting the need for collaboration between government institutions and the private sector. This task involved regular meetings with stakeholders and marketing to avoid a situation where people were unaware that a solution exists or its potential value for them.

A major part of the work the Electronic Interoperability Centre did was promoting the need for collaboration between government institutions and the private sector.

eGA sees the development in Kyrgyzstan as an example of a successful kick-start towards a digital society. As a result, the central coordination by the Kyrgyzstan Electronic Interoperability Centre has managed to engage 47 government institutions and two private companies to make the first steps towards a digital transformation, and 17 institutions are already exchanging data. As an example of efficiency, Tunduk makes it possible to provide benefits to families with children in only two days, while previously this took four months and involved collecting extensive paperwork.

Thanks to Tunduk, the country reached the next level where organisations still working on paper can see the need to implement digital solutions and automate their work and be part of the wider community.

We wish the Electronic Interoperability Centre and the government of the Kyrgyz Republic much success in continuing along the path towards a digital society and securing digital dividends – transparent, efficient and hassle-free governance. 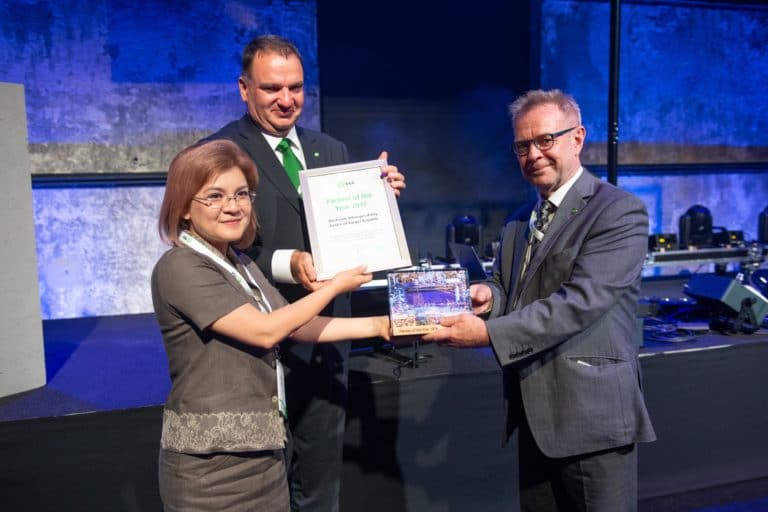 Partner of the Year 2019: Electronic Interoperability Centre of Kyrgyzstan 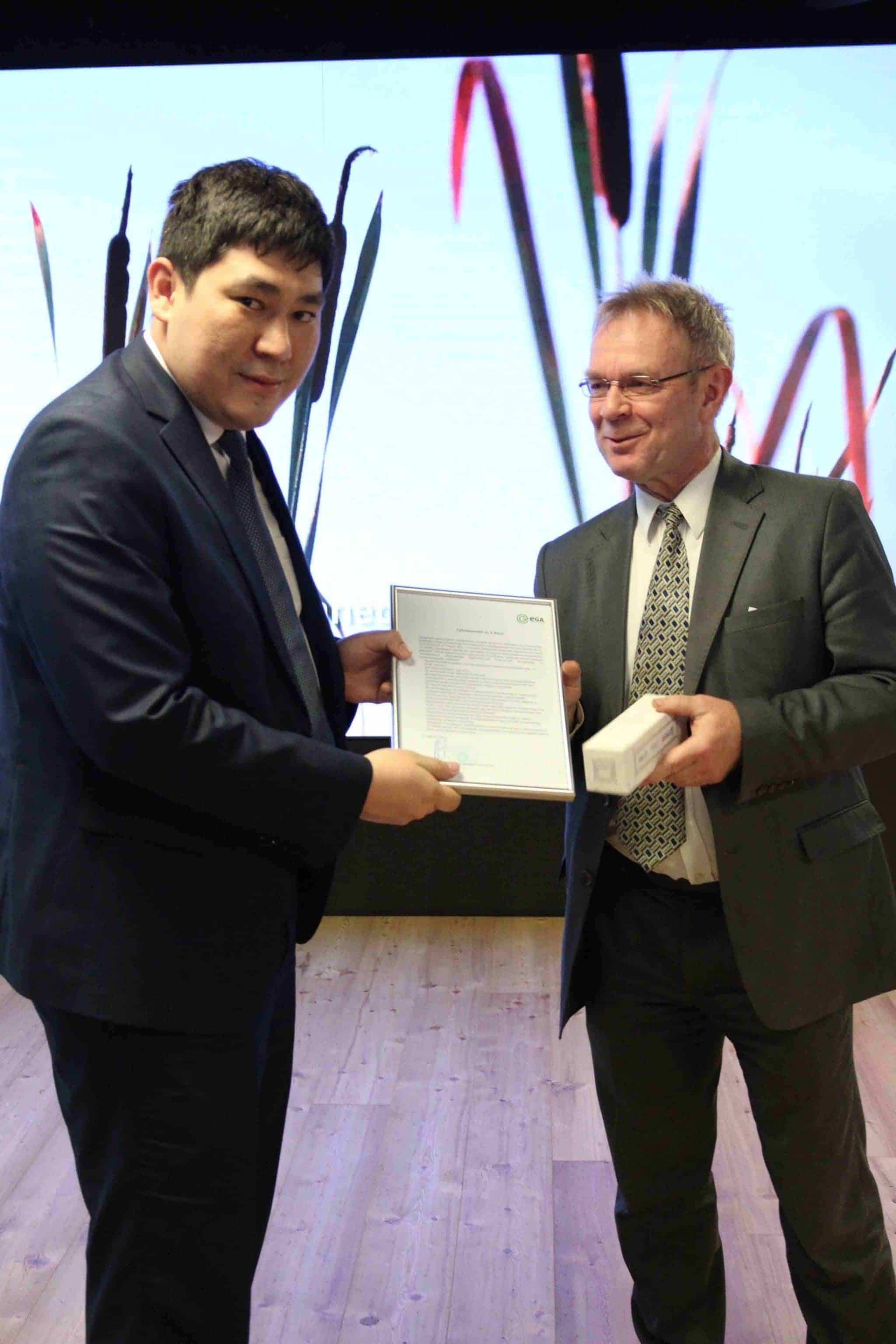 The heart of the e-State – Tunduk – launched in Kyrgyzstan 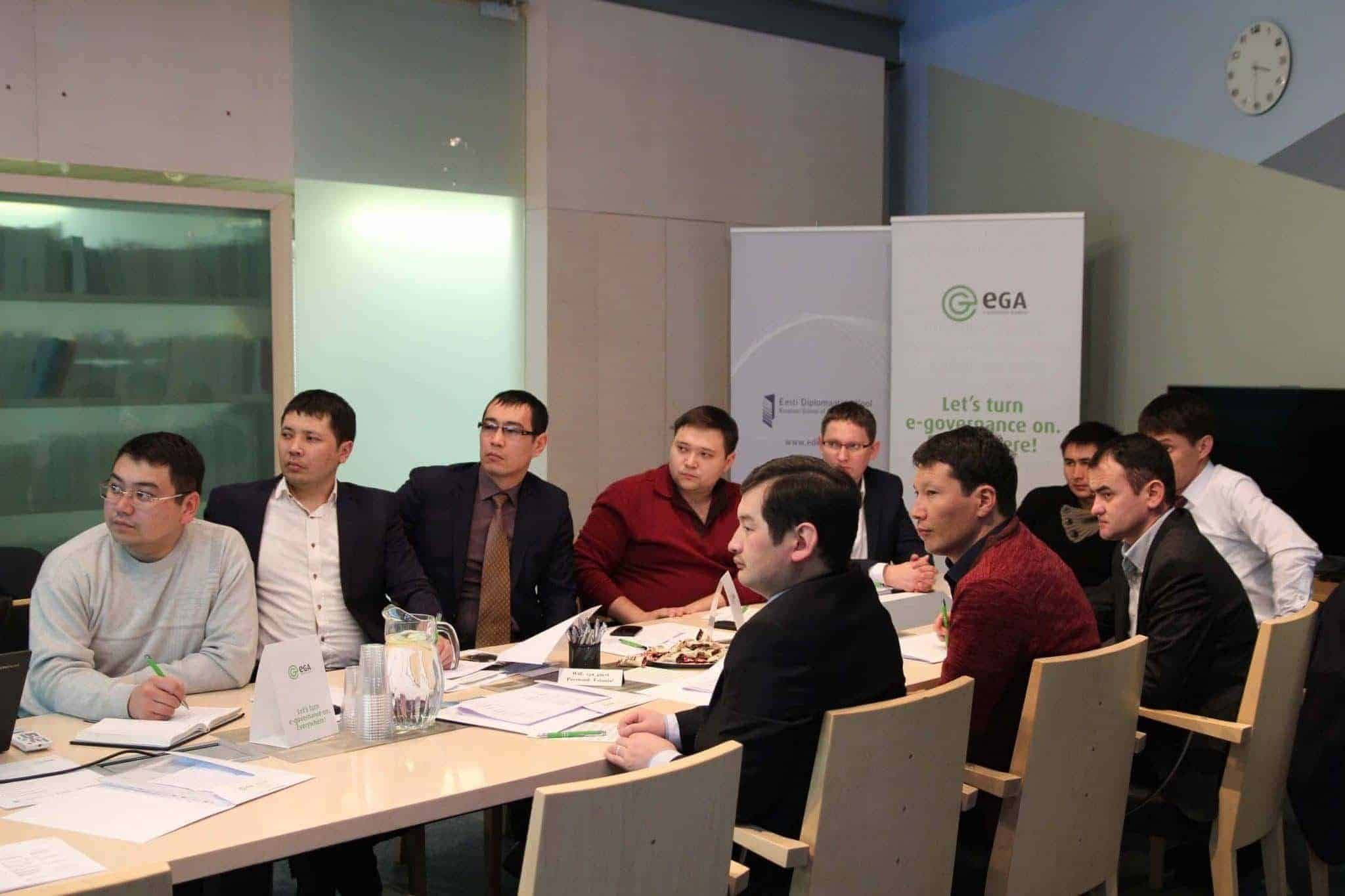 IT experts from Kyrgyzstan to study interoperability framework 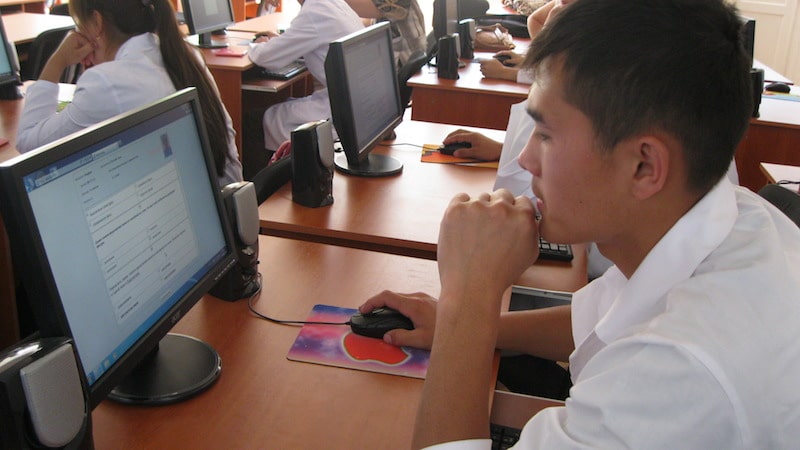 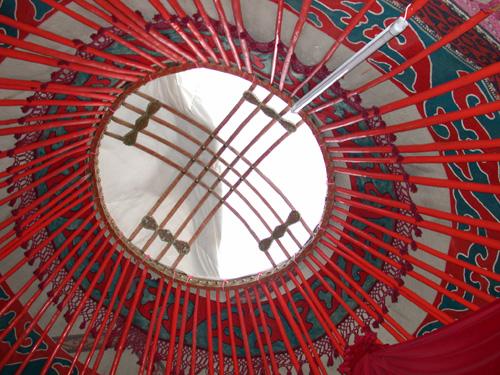