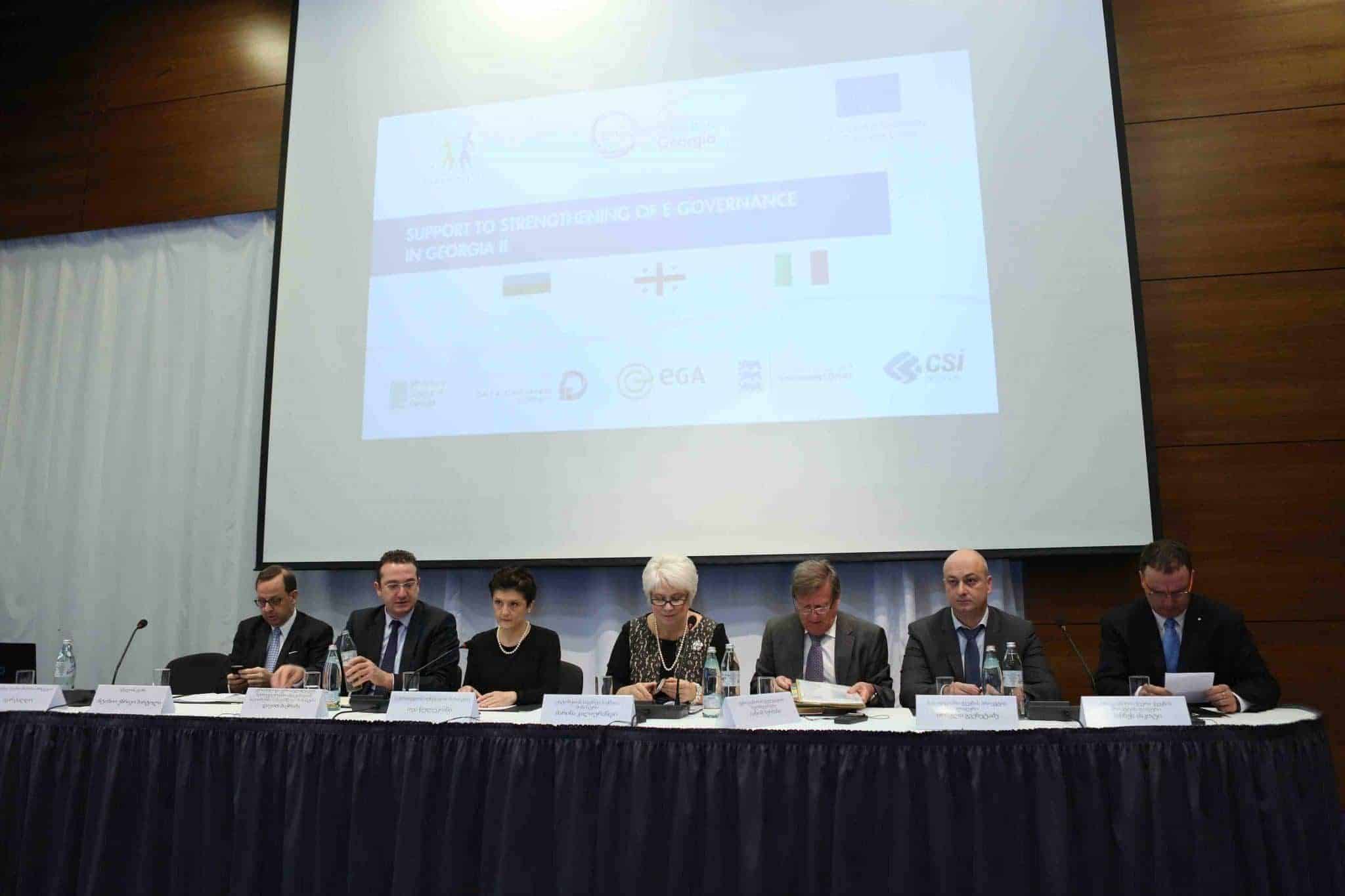 Estonian e-Governance Academy launched an EU funded Twinning Project on e-governance in Georgia to support the development of the concept and strategy of e-Georgia and aligning Georgia’s e-governance and information security legislation with European standards.

At the opening of the project today, the Foreign Minister of Estonia Marina Kaljurand said that Estonia has benefited a lot from the rapid implementation of e-governance and e-services. “e-governance helped us to carry out reforms and turn Estonia into a democratic, transparent and modern state ruled by law,” said the Foreign Minister. “Georgia is already a country with developed information technology and I hope that the knowledge and experience shared by Estonian experts will help take e-Georgia even further.”

The knowledge and skills of the Data Exchange Agency, which forms part of the Georgian Ministry of Justice, and the Georgian Government will be improved in the course of the twinning project for the development of e-Georgia. Georgia’s e-governance and cyber security regulation will also be updated to make it comply with EU standards.

The experts who have built up the Estonian e-state and experts from Italy will advise and train the employees of the Georgian Data Exchange Agency and other government agencies during the 18-month twinning project.

According to Ivar Tallo, adviser on the twinning project, this is the first time for the Academy and also to Estonian state to be the leading partner in such a large project. “The e-Governance Academy has experience in advising governments and officials in many countries, but this project gives us the opportunity to lead the transfer of knowledge as a whole,” he said. “The establishment of e-state in Estonia has given us unique experience that is valuable to transition societies, which is what Georgia is today.”

This is not the first time for the e-Governance Academy to cooperate with Georgia. “From 2005-2008 we helped the country equip its schools with computers, as part of the Deer Leap programme, which is their version of our Tiger’s Leap,” Tallo explained. “I also advised on the creation of the first e-governance strategy of Georgia.”

The European Union is providing 1.3 million euros in financing for the twinning project for the development of e-governance in Georgia.

The project is being implemented in cooperation with the Government Office of Estonia and the Italian ICT consortium CSI-Piemonte.

Read more about the project in eGA web-site.

Share:
Previous: e-Governance Academy signed a Memorandum of Understanding to develop X-road in Kyrgyzstan
Next: eGA to organize the first Cyber Olympics in Moldova