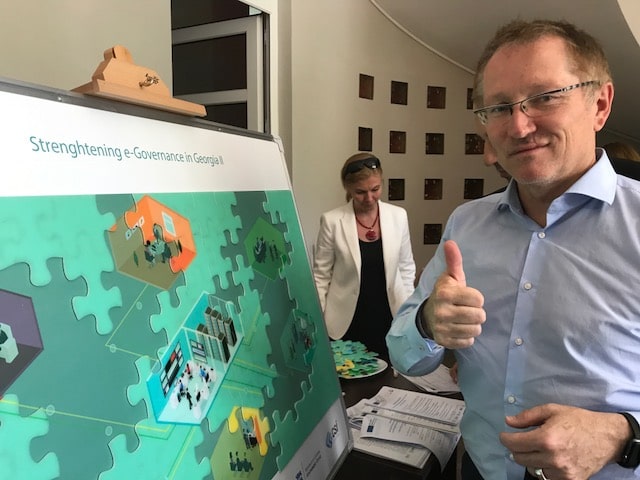 During the 21 months, 52 experts advised officials on e-Governance in Georgia related matters during 150 missions for more than 620 days. Experts from Estonia and Italy, together with specialists from Austria, Germany, Poland, United Kingdom, Denmark, and Latvia shared their experience with  Georgian colleagues. DEA employees attended different study tours to Estonia, Italy, and Holland. In order to increase public awareness of e-Governance potential, journalists were trained in a variety of topics on e-services and cyber security and Agency’s delegates received marketing courses to improve their skills in presenting their know-how of e-Governance.

Resident twinning adviser Ivar Tallo said that “Strengthening of e-Governance in Georgia II” was the first time e-Governance Academy and Estonia acted as a leading partner for a twinning project of this magnitude. “The project gave us a valuable experience in transferring knowledge. No present e-Governance model can be exported or received from one to another as it is. Every state needs to find its own path establishing it. I hope visions constructed in cooperation, regarding e-services supporting enterprises and i-Voting, will soon become a reality in Georgia,” he emphasized.

According to Georgian Deputy Minister of Justice Giorgi Pataridze EU’s support in approximating Georgian legislation with the EU legal frameworks a crucial step in Georgia’s advancement and integration with Europe.

The Head of Cooperation at the European Union Delegation in Georgia, Vincent Rey, noted that passing the new digital signature law and adopting the overall European framework of electronic identification for electronic transactions known as eIDAS is a big step for Georgian. “We are much looking forward to seeing the concrete implementation of this new framework, and e-Governance in Georgia,” said Rey. 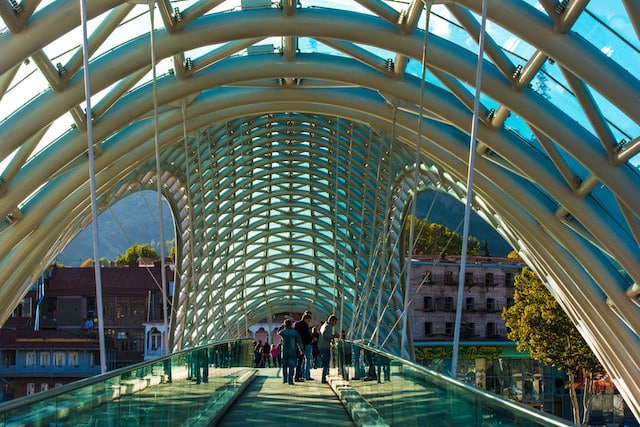