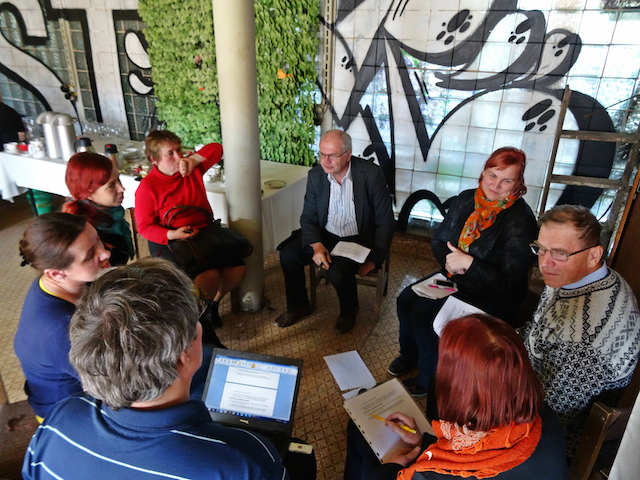 On 19 May some 30 representatives of the community and city administration gathered in the Widget Factory, to discuss possible improvements to their cooperation.

According to one of the organisers, Kristina Reinsalu, the discussion was needed to reach an understanding on how to make the dialogue between the city administration and the community self-evident and effective. “The active participation showed the importance of the topic for Tartu City”, Reinsalu said.

Several suggestions were voiced how to improve citizen participation in city governance. One such proposal was to create an information system to better inform and engage active citizens and NGOs, another idea was to organise open discussions on specific topics. „Why not do this again in the Widget Factory? We will be eagerly waiting for the foundation of a new tradition!“ noted Reinsalu.

The event was organised by the e-Governance Academy, Network of Estonian Nonprofit Organizations, and the Urban Lab. The discussion was held in the framework of the project „Open Government Partnership in Local Governments“, financed by the NGO Fund.